Ed started with the Scarborough Fire Department in 1981. He has advocated for fire fighters for the majority of his fire fighting career. As a Scarborough Fire Fighter he served as an Executive Officer and Vice President for the Scarborough Professional Fire Fighters Association (IAFF Local 626). After the amalgamation of the five cities and one borough into the ‘new’ City of Toronto he continued to do so for the Toronto Professional Fire Fighters Association, IAFF Local 3888 and eventually becoming the President for L3888.

Today, the IAFF recognised him for his leadership. Congratulations go out to Ed Kennedy for his years of dedication and leadership. 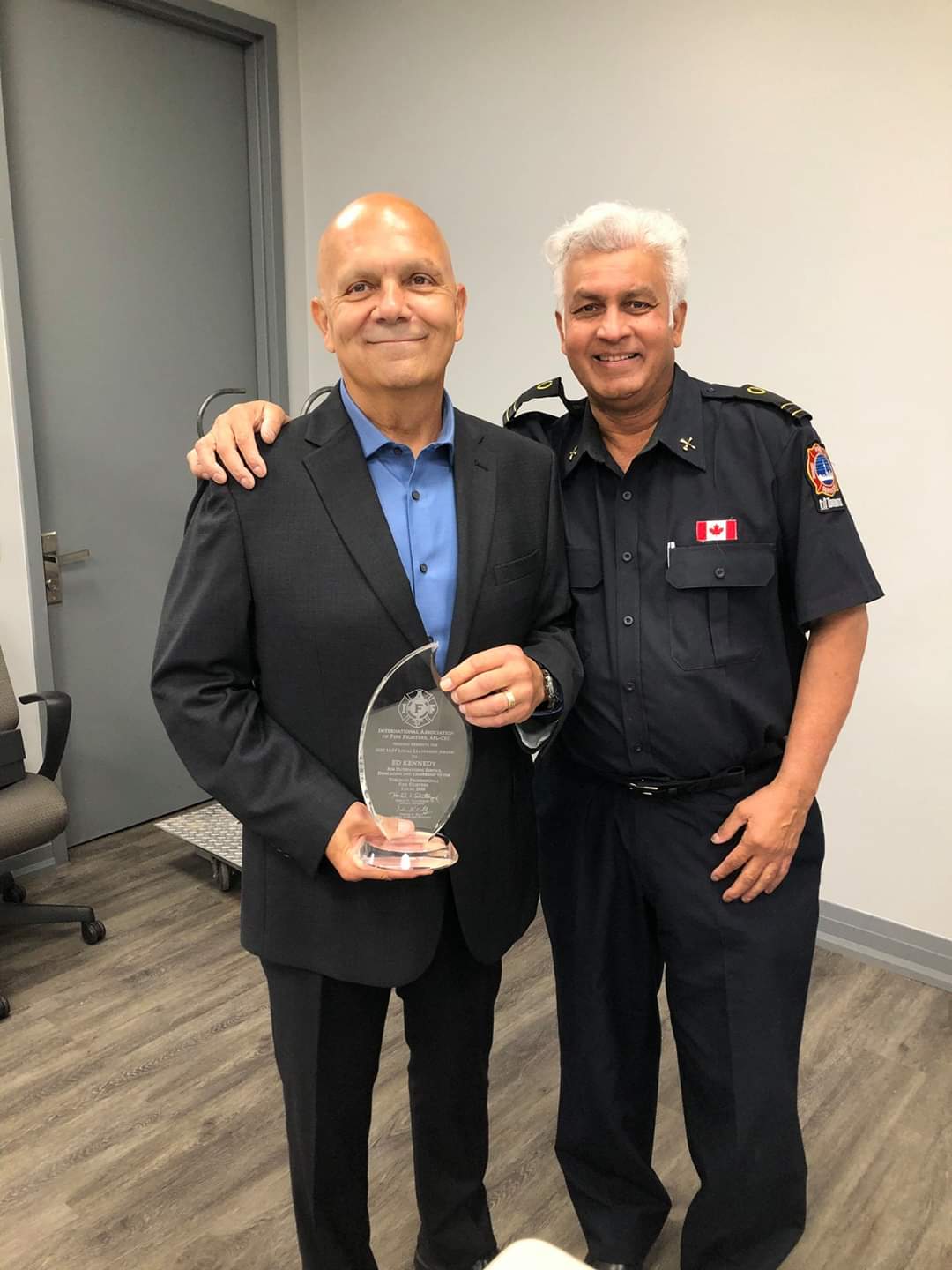 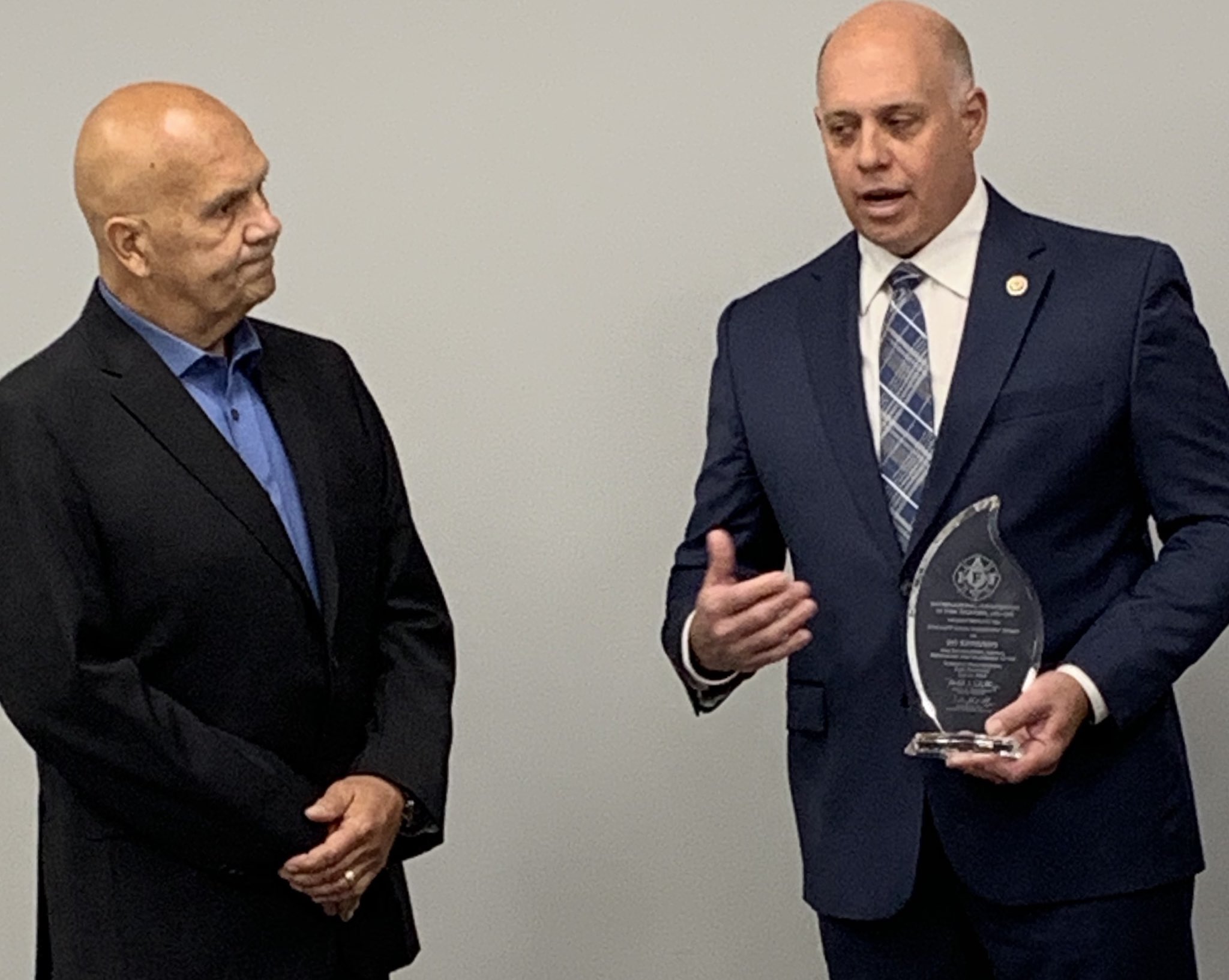