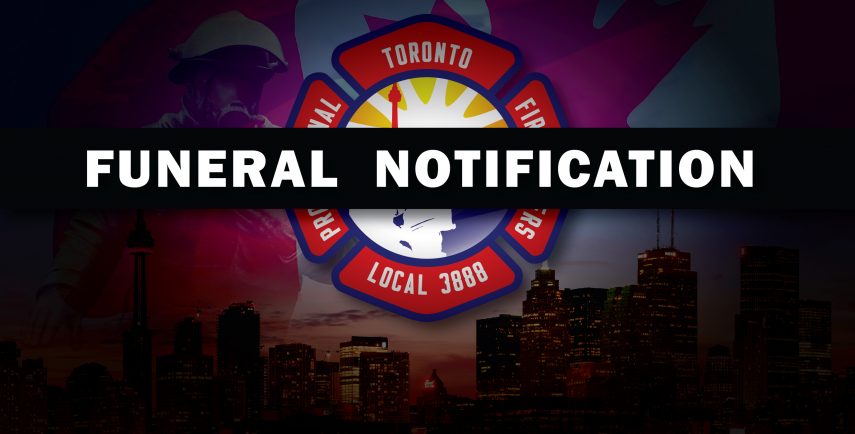 Roger started with the North York Fire Department on June 11, 1984, and retired from station 146 A-platoon. Roger also spent time on A platoon at stations 133 and 142.
On February 21st, 2020, Toronto Fire Fighter Roger Martin passed away at the age of 65 in White Rock, BC from Cancer.
Diane Quan, Roger’s wife was going to fly into Toronto on March 17th, 2020, with Roger’s remains from White Rock, BC so that we can honour him with a LODD fire department ceremony. Unfortunately, due to the Covid 19 restrictions, we had to cancel and decide to wait for clearance.

Service will be streamed, for video streaming click Here

Form Up and Rolling Salute –
We will be forming up and honouring Roger with a rolling salute. Members will be asked to form up 6ft apart and come to attention when the command is given. The rolling salute begins when the colours approach, you will be raising your right hand saluting the Canadian flag as it reaches you. Hold the salute until the caisson passes, and then down immediately at the back bumper of the caisson. This is a rolling salute. Your hand should come down after the member beside you and co-ordinate with the member across you. Continue to stand at attention until you’re dismissed.